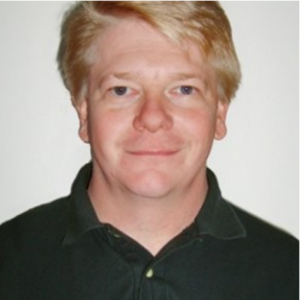 INdigital have pursued the goal of providing an international model for wireless emergency communications. Beginning in the late 90’s when they became the first company to utilize end-to-end IP technologies for E911 voice and location, in essence, creating the first NG911 ESInet. On selection by the state of Indiana’s Wireless 9-1-1 Advisory Board to build an E9-1-1 network to provide the states local authorities and emergency response teams with a platform for new innovative services, INdigital set about developing an advanced self-healing next generation E9-1-1 network.

James Kinney CIO explains that “the state wanted to create a flattened, equal and ubiquitous wireless service. At the time the wireless networks were transitioning to E9-1-1, and there was a desire to get the carriers to upgrade and become an equal level E9-1-1 access point.

Having won the bid we developed what we called an I2 network, being an E9-1-1 network completely over VoIP, which had not been done before. This entailed building a WAN across the state of Indiana, which was a major undertaking at the time. In fact the project showed great forethought from the state authority at the time and was somewhat unique.”

The network was built using an entire network of Cisco gateways, however due to limitations with these switches INdigital ran into issues surrounding CPE (customer premise equipment) and trunking, including support for hook switch flash transfer
and more.

While less than optimal workarounds and hacks took care of a number of challenges it was the involvement of Squire Technologies that enabled further development and expansion for INdigital’s ‘next generation’ network.”

James explains that... “INdigital’s requirements are very unique and we depend on being able to tweak, adjust and finely tune settings. As we edged out around state borders we met challenges with connecting with incumbent carriers such as AT&T and there was a requirement for us to better deal with issues surrounding SS7 signalling and accommodate a number of strange variants and protocols found in North America.

Squire Technologies expertise in dealing with complex legacy protocols and making them easier for custom applications to be developed around them appealed to us, and in 2009 Squire’s SVI-MGC Media Gateway Controller was installed into our network.

With the MGC it was the first time that any of us had seen a software only product talking SS7 and doing it accurately and working. For a while our flexibility was based on the idea of doing SIP-I/SIP-T where we’d have some control of what was going on in the ISUP messaging at the gateway. In fact we didn’t have to do this as the SVI-MGC allowed us to do these tweaks and changes at the border of the gateway.

We found that the MGC easily resolved many of the issues we encountered as we edged out around the state border without the necessity for costly and timely software updates. It’s one of our main switches we use for interworking with ISUP and become a core part to a major side of our business.” 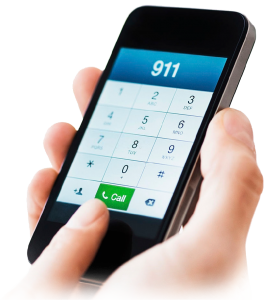 The MGC’s flexibility has provided INdigital with the ability to more effectively meet the challenges of business development and growth. This has helped them to more rapidly expand the E9-1-1 network, moving into neighbouring states including Michigan, Alabama, New Hampshire and more recently Vermont.

James goes on to say that “the product is incredibly capable and flexible. Admittedly it can be overwhelming to those not so technically proficient, however the professional services that surround the product more than make up for this, resulting in a best in class all round solution for companies like ourselves who are doing some pretty unique stuff.

Throughout our partnership with Squire Technologies we’ve seen the MGC product evolve with our business which has always been positive, and continued the success that we have had with it. We’ve felt that other vendors have tried to mask the complexity of SS7 which has ended up making things more awkward.

We have always felt the Squire Technologies team would be the go-to-guys, it seems that by default they have a very keen handle upon what needs to be exposed to allow us to do business. The product quality and high level of attention paid to flexibility, down to the signalling protocol levels, has allowed us to emulate required functionality for environments previously locked down to proprietary equipment only available from expensive major brand vendors.”

What’s the future for INdigital and E-9-1-1 Services?

“We’re in a transition to SIP now, but nationwide adoption has been slow. Some carriers are ahead of others and we do have some existing SIP interconnections throughout the country.

At the national level there hasn’t been much movement to native SIP until recently. IMS has helped, as we see the wireless carriers making the transition internally, they are asking for SIP outside. However many of the providers still send all 911 calls back to legacy MSC’s that are used as a Selective Router with TDM/SS7 PSTN connections to Public Safety networks.

All telephony providers will have to move to SIP based interconnect if we ever want to see Converged Multimedia used end-to-end in Public Safety. This perhaps doesn’t apply to the ageing PSTN system, but VoIP and Wireless providers will want to get
there eventually.

In the U.S. multimedia isn’t a driving force for NG911 consumers yet, so the end-to-end vision isn’t shared by all PSAPs with many wanting to see other benefits of NG911 sooner rather than later and aren’t holding their breath for end-to-end video for example.”

“We’re already seeing 5G hype fade. It does have potential for Public Safety, but this is more in the network slicing and QOS area. PSAPs and First Responders are looking forward to what 5G brings to the data side of the house more so than anything else. Otherwise there’s little expectation that 5G will do much for the calling/multimedia domain, i.e that it’ll provide anything that isn’t already available over 4G. There is talk about the benefit of 5G increasing the accuracy of caller’s location, albeit concern this is just a tactic to justify the level of investment being made. MIMO and Beamforming theoretically increase algorithmic location accuracy, but this has yet to be fully proven in the real-world as an enhancement.

In terms of our direction, it’s too early to say, but I think there’s potential for us, perhaps in terms of Public Safety slicing, Mission Critical Push-to-talk integrations, etc...

This could also include INdigital adding some new services soon, taking us back to the roots of a telecom provider outside of Public Safety again; all-the-while bettering Public Safety.

I would add that whether it’s 5G or 6G in the future, for INdigital it’s always going to be crucial to connect with previous generation networks. This requires a high degree of flexibility which is where Squire Technologies and their Signalling Gateway products come into play. This has enabled us to be a market leader, and without the fruits of our relationship gained over the past decade, INdigital would be behind, instead of ahead of our competitors.”