Voice Calls Surge As World Goes Into Lockdown.
As we all get used to social isolation, working from home and home-schooling our children telecom operators and service providers adjust to a 50% surge in the number of phone calls being made over mobile and landline networks. The relocation of the working population from urban to residential, and to more urban areas has put the UK's telephone system under considerable strain, resulting in increased scrutiny of operators from government ministers urging action to improve coverage of voice services. 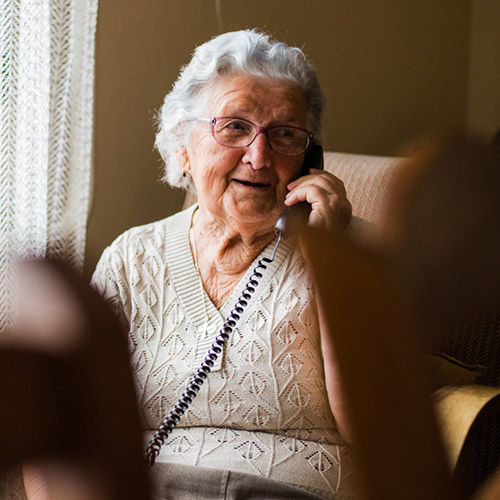 Ironically the issue was discussed on a less-than-perfect conference call between Ofcom's chief executive, the culture secretary, the minister for digital infrastructure and industry leaders last Friday, as politicians called for reassurance that operators can handle a dramatic rise in network use.

While the capacity of broadband networks has been seriously tested, it has been a sharp increase in voice calls that have caused the most problems as a large part of the workforce moves to working from home. ISP's have remained confident that broadband capacity is sufficient to meet the demands of everyone signing up to Disney+ and playing the latest DOOM Eternal instalment. However in recent days the number of voice calls being made by homebound workers has overloaded the systems that connect phone messages between different mobile operators triggering a bout of industry finger pointing over who was to blame.

Telefónica who owns O2 have reported the equivalent of seven years growth in one day in terms of the number of phone calls being made, plus a significant increase in call duration. Similarly BT reported unprecedented levels of calls being made on its EE mobile network, leading them to urge subscribers to use landlines or internet-based services such as Skype.

Unsurprisingly the UK is not alone, similar trends are being experienced all around the world as self isolation and lockdowns are imposed. AT&T in the US have reported wireless voice calls up 44% and landline voice calls up 74% in the past week.

So as we all reach for the old 'dog and bone' to check that Granny and Grandpa have got enough toilet roll telecom operators everywhere scramble to extend call licenses to handle a surge in voice calls, both from WiFi and traditional 2G/3G networks.